A company committed to male/female equality

A COMPANY COMMITTED TO MALE/FEMALE EQUALITY

For several years now, Cap Ingelec has been committed to ensuring greater equality between men and women within its various branches. As an engineering company, we have continued to support the careers of all our employees, and especially encouraged female engineers.
The male/female equality index is a new action implemented by the government in 2018, to measure company effectiveness in terms of professional equality. In order to obtain a good ranking, companies must respect the following 5 major criteria:

Cap Ingelec was graded 78 out of 100*, for male/female equality performance in 2020 which is 2 points better than last year and Cap Ingelec is continuing its efforts in order to obtain an even higher grade in 2021! 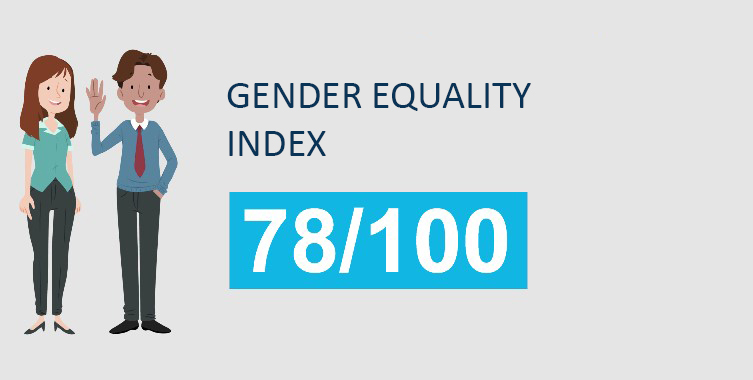