You are here: Home1 / News2 / Heyckel Karmous: The entrepreneurial engineer!

At just 23 years old, Heyckel Karmous joined the Datacenter teams at Cap Ingelec Paris in February 2020. At the same time, this young engineer is developing the mobile application “MyRemember”, which aims to facilitate the daily management of people with Alzheimer’s and related diseases. Interview.

If you were to sum up your career in a few words?

Heyckel Karmous: My background is primarily scientific, with a real appetite for technology and innovation. As a graduate of ENSEA Paris, I have always been attracted by the problem of weak currents. During my final year, I asked Cap Ingelec Paris to carry out my end-of-studies internship, for a period of 6 months. This allowed me to put my general knowledge in the electrical field into practice… with, at the end of the day, a permanent contract! This was a real opportunity, as I was able to join the study phases of a confidential Parisian project currently underway. Today, I’ve joined the site team to monitor the technical management of the works and their compliance: building security (intrusion detection, video surveillance, etc.), study of weak currents, etc. In total, this data centre with 4,500 m² of rooms will have an infrastructure incorporating the highest standards in terms of technical innovation, security and safety.

During your studies at ENSEA, you wanted to carry out an entrepreneurial project as a student-entrepreneur. Where did this desire come from?

H.K: I have always been a child with a vivid imagination! As a child, I wanted to create humanoid robots, I built complex architectures with my Meccanos, and even back then, I was fascinated by electrical and electronic systems. Originally from Montbéliard, I continued my studies in Franche-Comté, then I was lucky enough to join ENSEA Paris, which encourages its students to carry out innovative projects through the status of ‘student entrepreneur’. I wanted to put my scientific and technical knowledge at the service of a project with a social purpose.
MyRemember was born thanks to Blandine, a mother suffering from early onset Alzheimer’s disease and president of the Ama Diem association. With Simon Grangier, who joined me in this adventure, we have been developing this application for a year and a half in order to facilitate the daily life of patients.

How does MyRemember respond to the problems of people with Alzheimer’s?

H.K: We started from a very simple observation: people with Alzheimer’s disease or related illnesses have a lot of trouble finding their way around in time and space. They also find it difficult to organise and manage their daily lives and their diaries and have difficulty remembering essential information. With this in mind, we have designed an “innovative diary” that centralises all the necessary tools in a customisable application! Everything is available in an intuitive way, so as not to clutter the mind and to help its beneficiaries live with and despite the disease.

What will MyRemember be able to do at the end of its development?

H.K : The primary objective is to enable people with Alzheimer’s to find their way through time. We are currently developing MyRosace, a clock that the user can personalise according to his or her time frame. To put it simply, a patient has lost the notion of hours and minutes. On the other hand, they know how to find their bearings according to the duration of an event: cooking pasta (3 minutes), a train journey (1 hour), etc. With MyRosace, he will be able to personalise his time unit and follow his daily activities. More generally, MyRemember aims to maintain cognition in order to remain independent for as long as possible. This project is aimed at both sufferers and carers, who need a break, as there is currently no medical treatment to alleviate the effects of the disease.

What are the first returns?

H.K: They are very encouraging, both for the carers (families, relatives and medical staff) and for the cared-for. This entrepreneurial project has also been very well received by local stakeholders, as it was awarded the PEPITE Regional Prize and received the Val d’Oise entrepreneurship grant. Internally, the Cap Ingelec teams also encourage me to continue developing this inclusive project, in parallel with my job as an engineer. It’s a highly technical job, in which I am fully fulfilled! Tomorrow, I see myself developing within the Cap Ingelec teams, in France, but also – why not? – abroad. I am originally from Tunisia, and more precisely from Bizerte, a port which should soon play a major role in the development of datacentres in Africa… 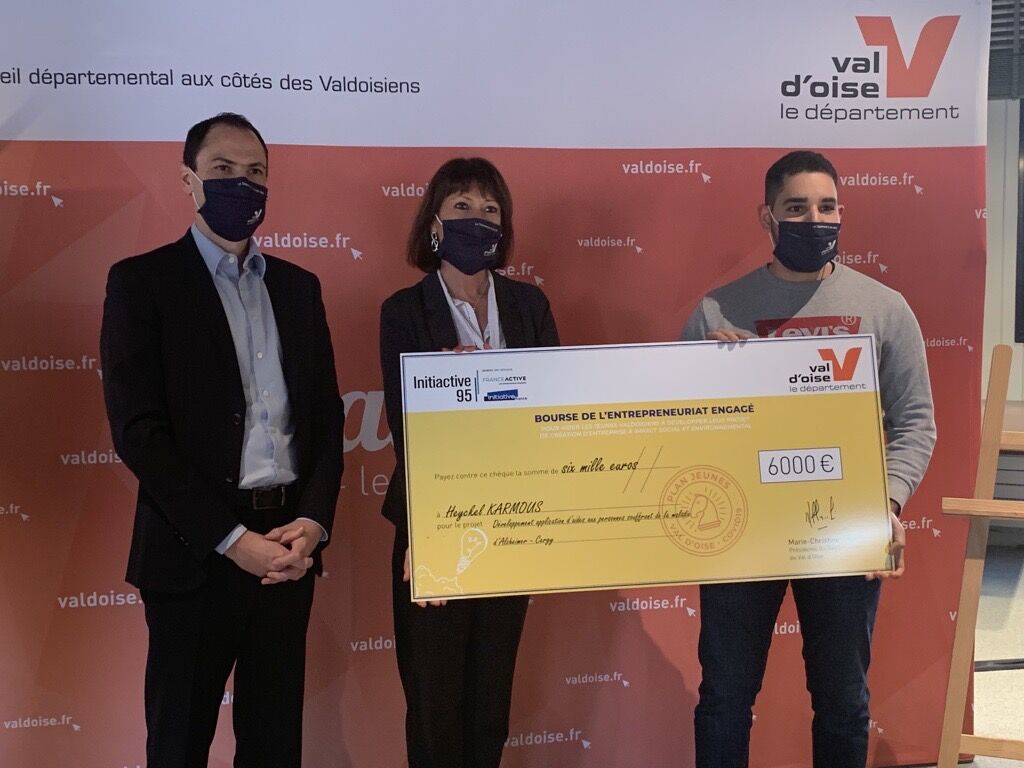 Analysis of energy and environmental performance indicators for data centre...
Scroll to top