Launch of the BX1 project for Equinix in Bordeaux

You are here: Home1 / News2 / Launch of the BX1 project for Equinix in Bordeaux 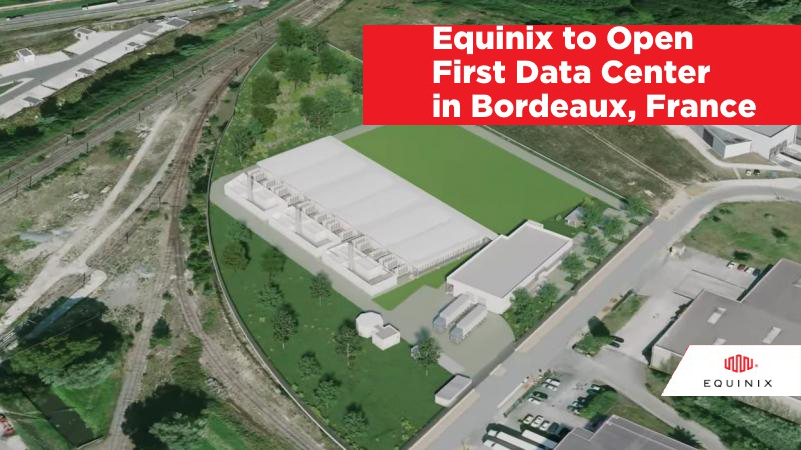 CAP INGELEC is proud to support Equinix in the design and construction of this Datacenter with an innovative design (modular infrastructure), respecting the best energy performance standards.

Equinix has launched the construction of a 3,000 m² data centre in Bruges. Named BX1 and directly connected to the Amitié transatlantic cable deployed by a consortium including Orange, Facebook and Vodafone, it should enable Bordeaux to emerge as a leading cloud and interconnection hub. It is due to open in July.

After nine data centres in the Île-de-France region, the American company Equinix is moving into the heart of the Bordeaux metropolis. On Thursday morning, it formally announced the construction of its tenth French data centre in Bruges. Located on Rue de Strasbourg, in the heart of a logistics zone, it will eventually offer 3,000 square metres of clean rooms for servers and network equipment, with a power supply of around 6MW, 100% provided by renewable energy. The datacenter benefits from a modular design that allows for deployment in 1MW tranches, with the first tranche scheduled to be commissioned in July.

Creation of an EDGE Datacenter in record time
Scroll to top