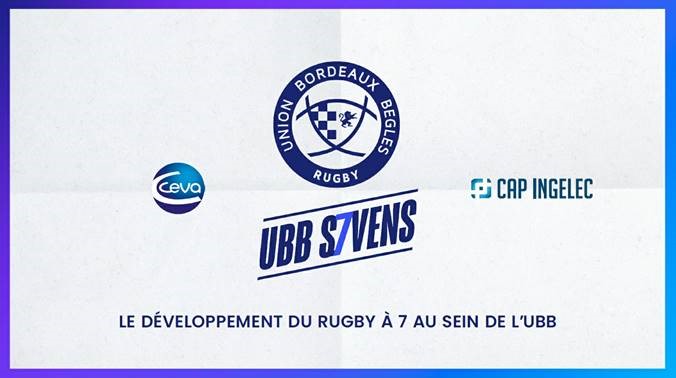 The UBB S7vens is born! The Union Bordeaux-Bègles became the first professional club to create a rugby 7s team bearing its name. Initiated by Laurent Ferrères, head of the 7’s pole and coach at the training center, supported by Jean-Paul Calès, President of Cap Ingelec, a partner from the beginning, and Marc Prikaszky of the Ceva group, the project was presented last Saturday at Chaban-Delmas in front of representatives of numerous clubs in the Bordeaux region.

The objective? To build a 7-a-side team made up of players from clubs in and around Gironde, with the aim of eventually joining the French Elite Championship and participating in international tournaments. Before reaching that point, the first stone of the edifice will be the organization of the UBB S7vens Cup, a tournament regrouping 12 clubs of Fédérale 1, Fédérale 2 and Fédérale 3, on June 5th at the Moga Stadium.

The Ceva Campus in Bègles will host the first edition of the UBB S7VENS CUP, associating a version of the tournament “ETI” reserved for companies wishing to form a team of employees.

We will of course participate in this event with a team wearing the CAP INGELEC colors!

See you on June 5th at Ceva Campus in Bègles 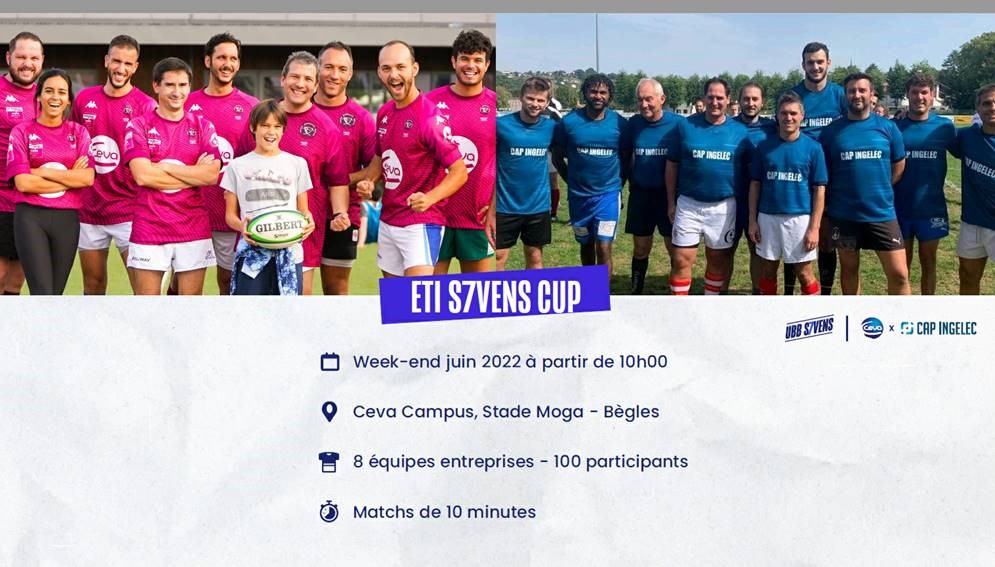 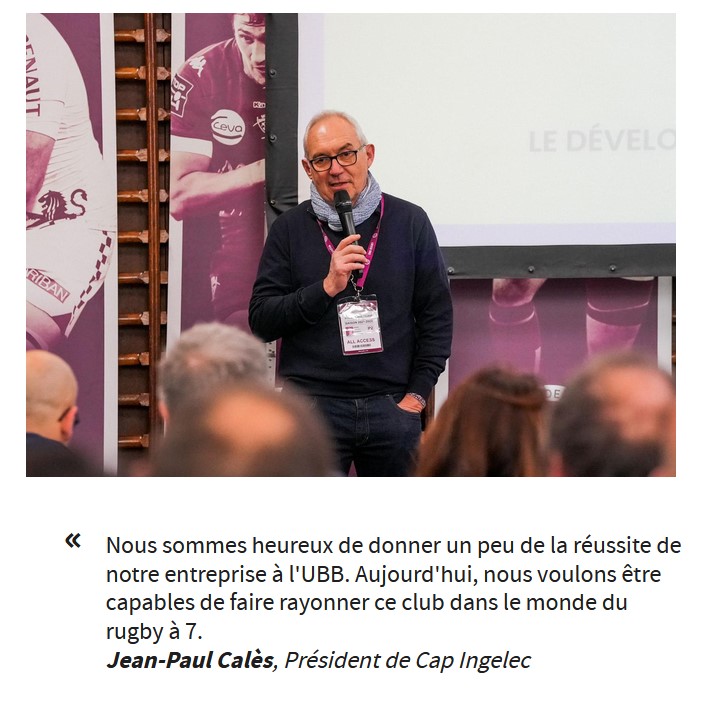