DESIGN-BUILD OF A CALCULATION CENTRE

A New Datacenter with Constraining Criteria

TDF has contributed to the development of audiovisual services in France thanks to a network of transmission sites. The conversion from analog to digital, which revolutionized television provided the opportunity to this famous broadcaster to host digital data. Its first datacenter, “ProxiCenter” was designed and implemented in partnership with Cap Ingelec and inaugurated last May at the Bordeaux-Bouliac site.

Located in the Bordeaux region, the TDF IT site was built on a 30,000 m² parcel of land on which a very large television transmitter was already installed. 4 months of work were required to transform a 300 m² analog transmission room into the “ProxiCenter”. This room is powered by 3 sources of electricity, connected to 2 fiber-optic systems, and permanently air-conditioned. TDF hired Cap Ingelec to perform a feasibility study then to complete the work as a General Contractor. Developed by Cap Ingelec, the new TDF datacenter satisfies some very demanding constraints as it had to be flood-proof, seismic-proof, equipped with a secure power source and telecommunications network.

The first ‘‘ ProxiCenter ’’ of this kind!

“ TDF appreciate the modernity of the solutions proposed by Cap Ingelec and the dialog which took place to ensure satisfaction of the inherent technical and economic issues.” 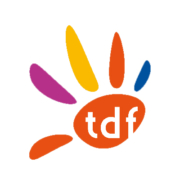